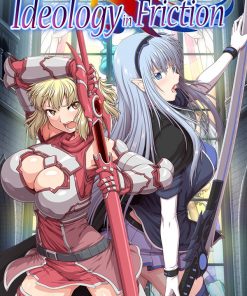 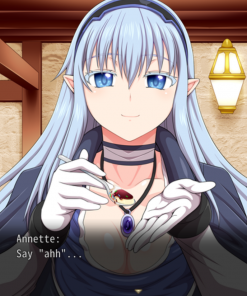 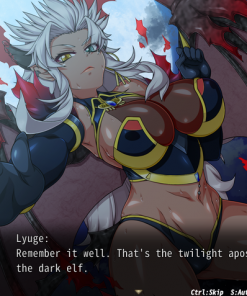 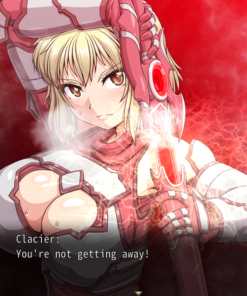 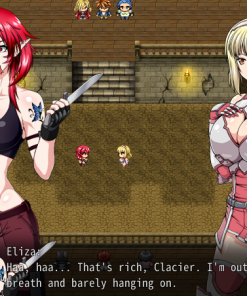 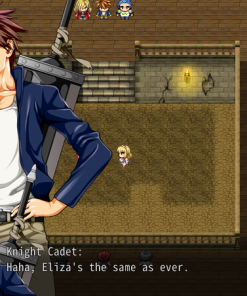 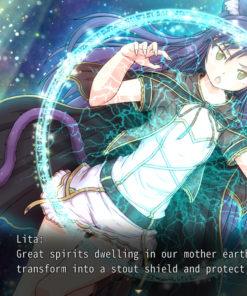 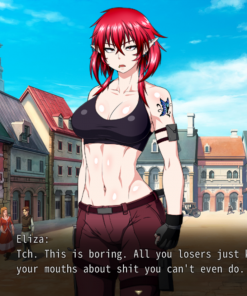 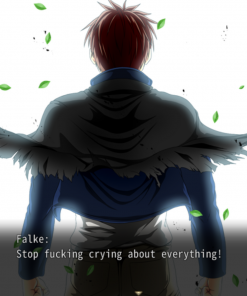 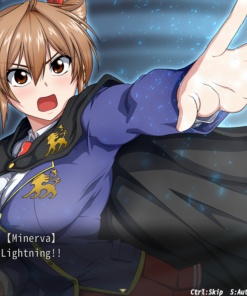 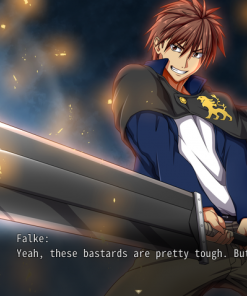 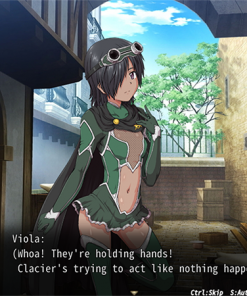 It was said that the natural enemy of all living things
would be destroyed by the emissaries of night, the dark elves.

“I said that I’d bring you back, didn’t I?”
replies the elf with golden hair, but as she does, the woman silently shakes her head.

“I’m glad that I got to see you one last time.”
she speaks softly with a smile on her face while stroking the golden hair of the other elf.

The two elven knights have lived through harsh times. They were separated and reunited on multiple occasions, but have at last made their way here.
In this nameless church where no one has been, what are they thinking? What have they left behind?

“This was my only choice…”
Clacier, who became a knight to live.

“I have something that I need to accomplish no matter what. I’m here because it’s necessary to reach that goal.”
said Annette, who also became a knight for a very important goal.

The story begins several years prior before the two had yet become knights.

An elf woman who was raised in a national orphanage as her parents died when she was still young.

She’s a magic sword user, one who fights with a magic cast on their sword.

She has a childhood friend by the name of Falke. He was raised in the same orphanage and is classmates with her at the knight school.

The numerous arguments between the two are often referred to as “flirting” by those around them. 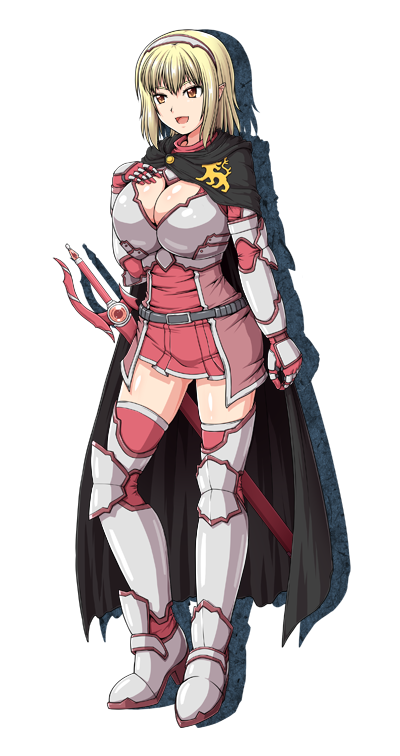 She graduated from the knight school at the top of her class in terms of both practical skills and academic ability.

She has been close friends with Clacier ever since the two battled each other during the entrance exam.

Though she became a knight due to having something she needs to accomplish no matter what, what that something is remains a mystery, as does her past. 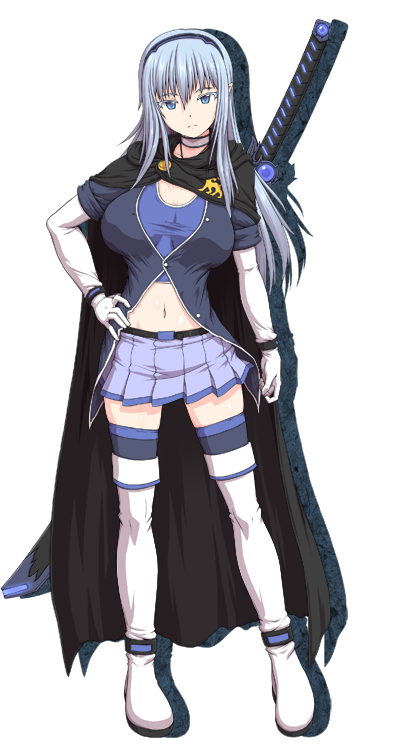 Her bad behavior led many to call her a problem child during her time in the knight school.

Though a knight, it would appear that she frequently clashes with the townspeople.

In her student days, she challenged Clacier to a real battle and lost. She’s admired her ever since. 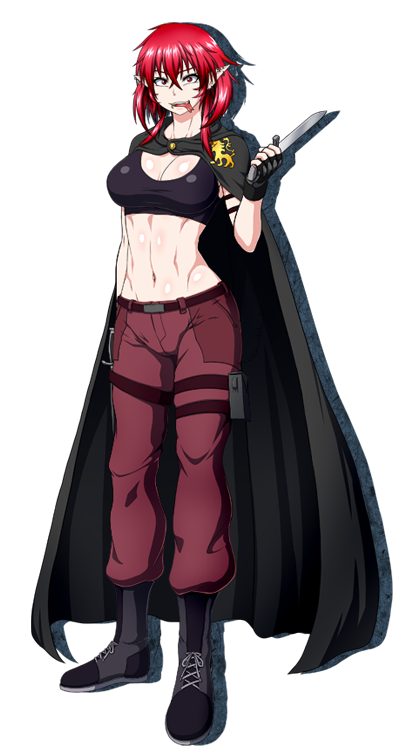 Daughter of the noble and long-lived family of magicians, Germi.

Her magical abilities are strong for a human, and her talent in the spiritual arts of healing and defense are said to surpass even those of elves.

Her fiance is also a member of the knight school, it seems… 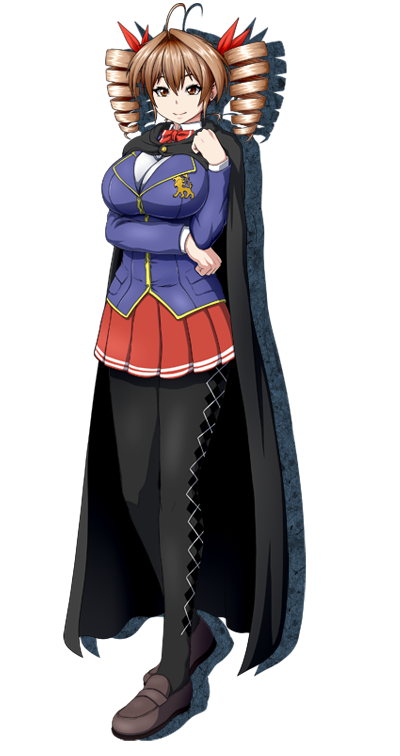 The boobs of Clacier and Minerva are especially to her liking, it seems.

She doesn’t sweat the details and is hard to get a grip on. 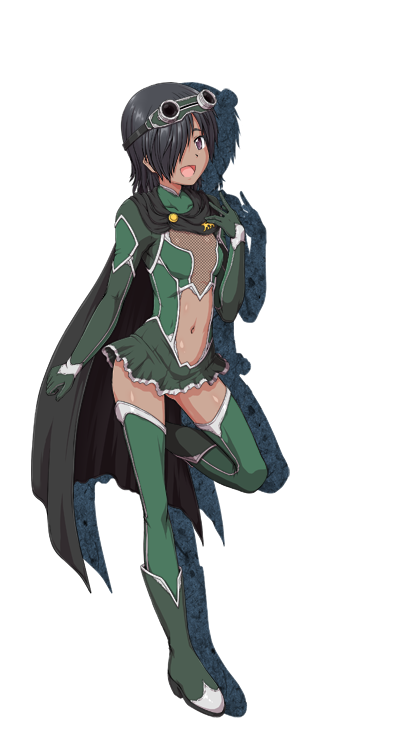 The quick-witted and broad-minded head of the special forces.

Though famous for her good looks and a sharp mind, she is said to be catastrophically bad at cooking. 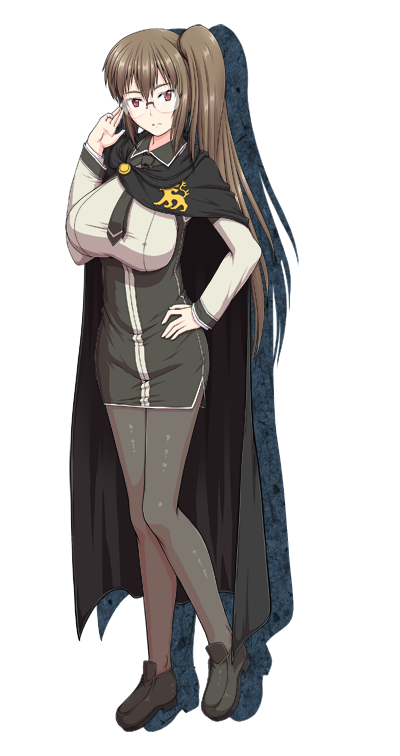 A female elf affiliated with the resistance.

She is said to possess a hidden power of some kind. 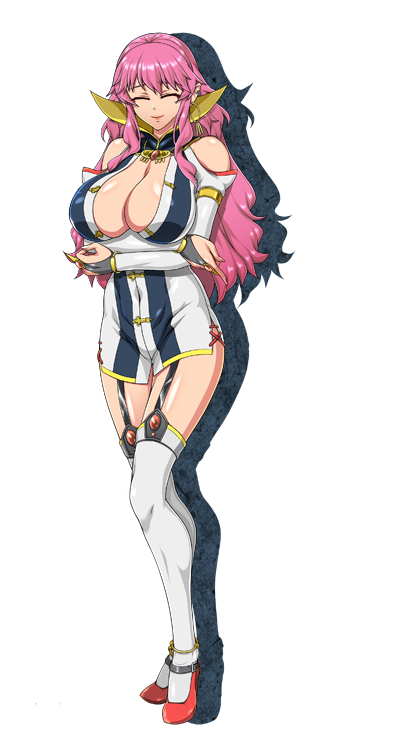 A man who was raised in a national orphanage as his parents died when he was still young.

He fights with a gigantic sword that’s closer to a huge chunk of metal than a blade.

He has a childhood friend by the name of Clacier. She was raised in the same orphanage and is classmates with him at the knight school.

The numerous arguments between the two are often referred to as “flirting” by those around them.

An elf who always comes in second in the academic tests at the knight academy.

He never realizes the truth, but he’s had a crush on Annette ever since they met.

He’s recruited to the Special Forces to train under their tactical officer, but his offensive magic is surprisingly powerful. 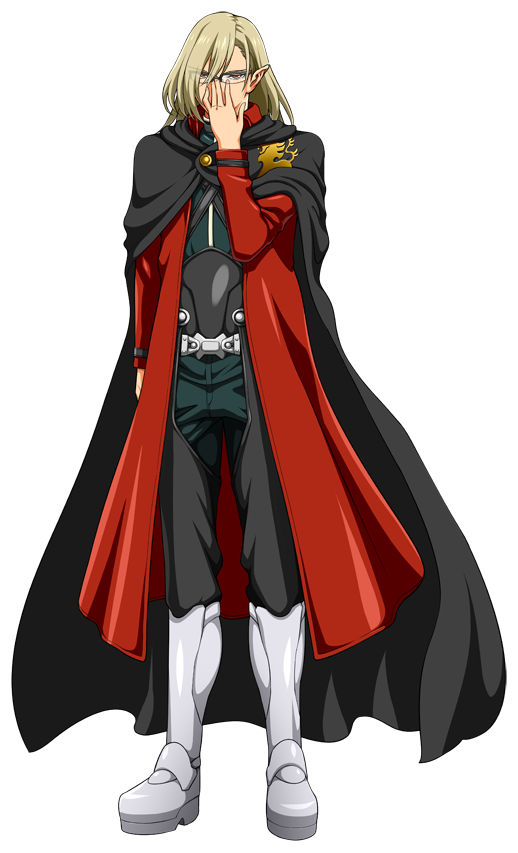 The captain of the Special Forces. Nicknamed the strongest living creature, since nothing can stand against him.

How could an ordinary human possibly be as strong as he is?

The leader of El Dorado, the largest resistance group.

Likes to make jokes about his age and Monica’s, for which he often suffers. 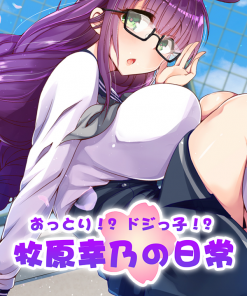 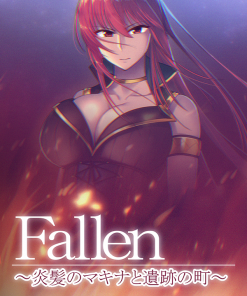 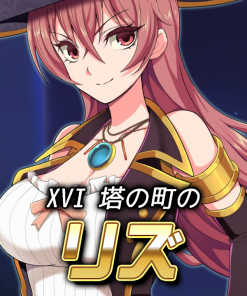 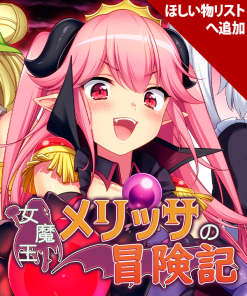 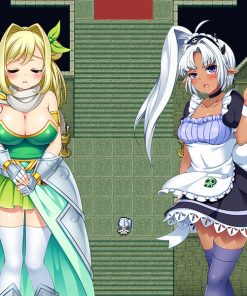 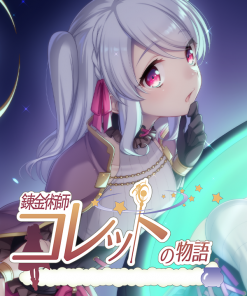 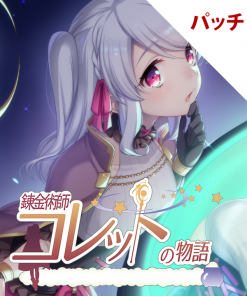 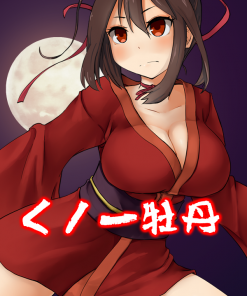 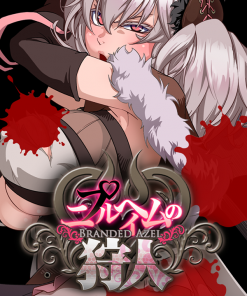